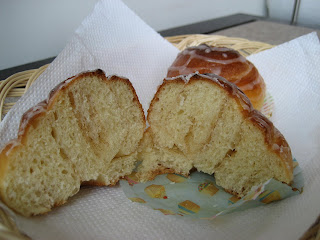 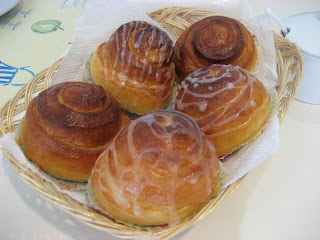 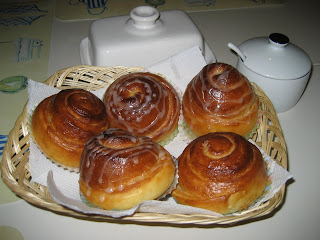 Another cinnamon roll that is soft and delicious. The process of making this dough is shorter than the usual bread dough. As it only has two proving needed. Isn't that great?!! I mentioned in my last post (Cinnamon roll) before, that I'm not a cinnamon fan, so I used very little of the spice, and with the icing topping, the rolls just turned out to be 'Prefect Matched'. Again, hubby not a sweet tooth person, so I did not drizzle all the rolls with icing. During the baking process, my house was filled with the sweet aroma of cinnamon. I wonder did my neighbours smell it too.
.
Ingredients:
Bread Flour 200g
Yeast 2g
Sugar 24g
Salt 3g
Egg 30g
Milk 104g
Butter 24g
*
-Cinnamon sugar 25g + 25g
-Mix enough powder sugar with warm water to get a thick yet runny texture to make the icing topping.
.
Method:
1. Mix all ingredients (except butter) to form a rough dough, then knead in butter.
2. Bring the dough to work top and continue kneading till the dough is smooth and springy. Let the dough rise for 1hour till double the volume.
3. Roll the well risen dough to a rectangular and spray on some water or spread on some melted butter and sprinkle cinnamon sugar. Roll the dough up like a Swiss roll and cut them in to 6 equal small rolls. Put the rolls on a cup cake papers and let them have the last rise till double the size.
4. Brush on egg wash and bake the rolls in pre-heat oven for 10-12 minutes at 210'c. Bring the rolls out to cool on wire rack after baking. Drizzle on icing after the rolls are cooled.
Labels: bread rolls 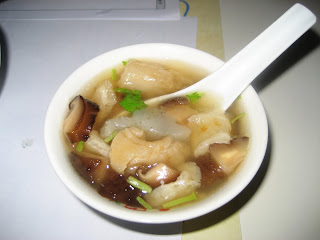 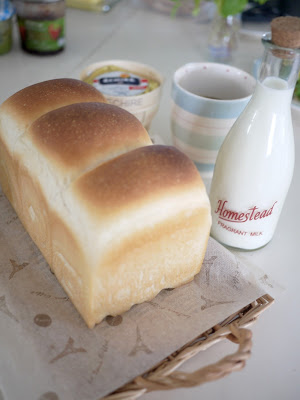